Most trees that grow near a building cause very little damage, but there are times when, subsidence and damage to foundations can be linked to the roots from a tree that is coming into conflict.

The first you many be aware of it could be a drain that starts to leak or overflow, a paving slab that pops up or even the top of a root coming above the soil surface by the building.

Stephen Bacon Tree Services have bean dealing with trees in the local area for many years and in that time have had to work with surveyors and specialists on projects such as this, so read on to find out more.

Why do tress cause damage to buildings?

So what causes the damage?

How can damage be prevented or minimised?

A tree is the property and responsibility of the land owner, who may be liable for any damage caused. Always check with the Local Planning Authority whether a Tree Preservation Order is in place before working on a tree. Stephen Bacon Tree Services provides a consultancy service so get in touch now. 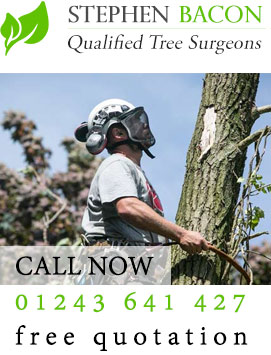